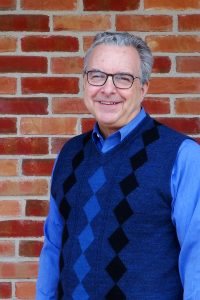 Bob Alexander is the Director of Worship for Cross of Christ, a position he originated and has joyfully served for over 20 years.  Prior to that, in his musical avocations, Bob served as a church choir director for three Lutheran congregations, a locally touring band leader performing original music, and an award-winning Contemporary Christian music songwriter.  In his young adult life, he has written for Sparrow Music and Ariose publishing companies.  But his love of music was first exercised when, at the ages of 16 and 17, he created and composed musical productions which were staged and performed for an entire district of elementary, junior high and high school audiences.  At the ages of 19 through 21, Bob was also the artistic director for three major theatrical productions for the University of Michigan, an experience which prepared him well for 31 years directing and producing concert quality Christmas programs for St. Mark Lutheran Church and Cross of Christ.

Bob is also an Elder at Cross of Christ and is privileged and delighted to be married to his high school sweetheart, Debbie.  They have two wonderful adult children and six exhilarating grandchildren.

During weekdays and for the past 14 years, Bob has served as a the Director of Development for the highly esteemed Angela Hospice of Livonia, Michigan.  For several decades prior to that, he was an owner and officer of his father-in-law’s family businesses, all connected to construction and general commercial contracting in the Metro Detroit community.

Bob’s hobbies include regular gym time, running, reading fiction, biographies and devotional materials and baking…which is why the running is so important!