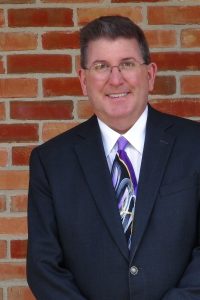 Lance Luce has been Cross of Christ’s organist since October of 2014.  He really enjoys playing the organ at Cross of Christ, especially with the praise team on Sunday mornings!

Lance started playing the organ at of 10 years old.  Prior to that he played the guitar, cello and saxophone.  He began playing at the Royal Oak Theater at age 13 and became a church organist at the young age of 16.  He studied organ from Jack Franz who was one of the original organists at the Fox Theater in Detroit.  Lance has studied pop, classical, jazz as well as theater organ styles.  He won the National Yamaha organ competition at age 18 and became the head organist at Radio City Music Hall in New York at age 19.  Lance played at “pizza parlor” restaurants with theater pipe organs in them in Warren, Pontiac and Toronto for 12 years.  He has played organ concerts all around the United States, Canada, England and Australia.

Lance was named the “Organist of the Year” in 2014 by the American Theater Organ Society.  He has recorded many albums over the years.  Lance is the head organist for the Detroit Red Wings at Little Caesar’s Arena.

He has been married to his wife, Nancy, since 1984. They have 3 grown children and 1 grandson.